On May 30, 1981, members of the Detroit Historic District Commission convened a meeting of fellow commissioners from around Michigan.  Seeing that they had much to learn from each other, the more than 50 people who gathered that day at historic Fort Wayne decided to continue meeting.  The group met in June to develop bylaws, find dollars for a budget, establish a newsletter, and assign responsibilities for the work at hand.  They chose the name “Michigan Historic District Network” to reflect their objectives to provide commissioner education, serve as an information clearinghouse, lobby for stronger state enabling legislation for local historic district ordinances, and market a compelling preservation message. 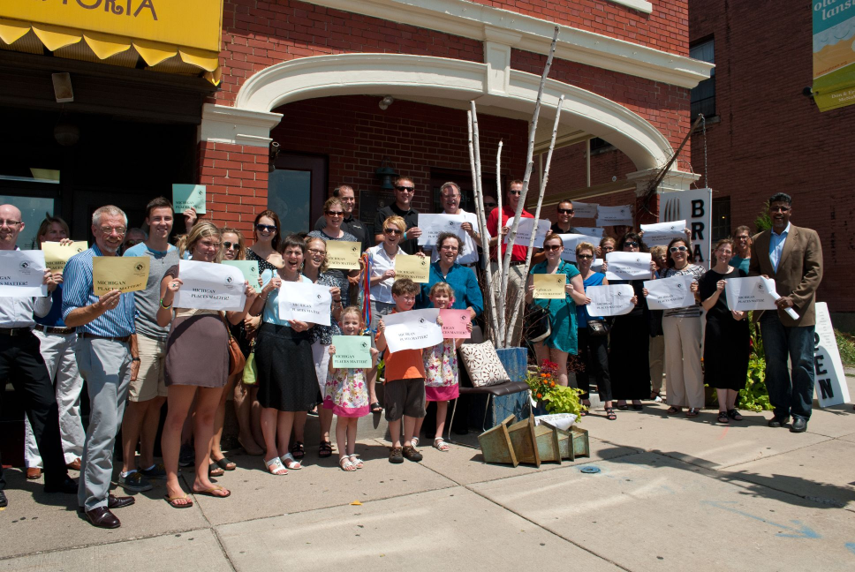 The Network had seven years of increasingly solid programming under its belt when, with assistance from the National Trust and the SHPO, four “Forums” were hosted to determine Michigan’s preservation needs at the close of the state’s Sesquicentennial Year of 1987.  At gatherings in Grand Rapids, Durand, Marquette, and Traverse City, Forum participants asked that the Network promote further strengthening of the State Enabling Legislation allowing local communities to protect their our historic properties, assist with the establishment of new local protective ordinances, serve as an information exchange, develop training programs, and advocate for local and state preservation efforts.  The Network was soon renamed the Michigan Historic Preservation Network – the MHPN – to reflect its expanding role.

Michigan Downtown’s Conference Award for Green Project of the Year (Small Scale) with the City of Kalamazoo, 2010